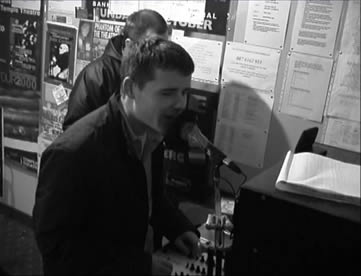 Banny is the editor, DJ, promoter and production runner of the group. He started DJing Trance music in 1997 and since ’98 has been a Hard House fanatic (Funky and Bouncy). He was on many mailing lists, from such labels as Honey Pot, Digidance, Pump Records, Chiller Productions and many more. He used to DJ on a Sunday from 6-9pm on Kiss 105.8 FM Dublin from around 1997 to 2003 and from 2003 onwards from 9-12pm with XS on Hot 99.4 FM in Dublin.

Later on Banny learnt how to produce his own tracks using “Propellerhead Reason” with the help of Fran/XS who was already producing from a young age. He went on to produce several Hard House tracks and ultimately went down the House music route.

Banny has also completed a Multimedia course in Dun Laoghaire and a course in Sound Engineering with Mister E… He has also began writing for a new Dublin based Online Dance Magazine called Spinners City.